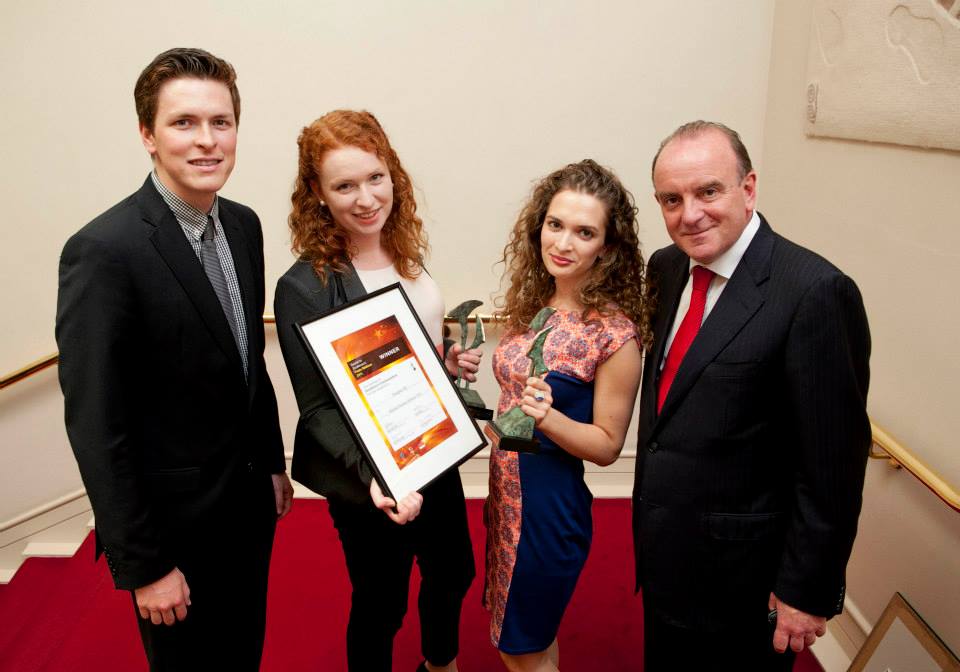 Many congratulations from all at Blueface to Heneghan PR, winners of the Best Corporate Communication for Business to Business at the recent Awards for Excellence in Public Relations for their work with Blueface on the Blueface Business Elevator competition last year. Heneghan PR, already known as Ireland’s leading independent public relations and communications consultancy, proved a fantastic asset to us in organising and staging the competition, and we are happy to see this work recognised at an industry level.

Following the event, Nigel Heneghan, MD, Heneghan PR said:
“We are delighted to win a PR Excellence Award 2013 for the Blueface Business Elevator Competition, which we supported through both sponsorship and a nationwide public relations programme. The campaign not only generated column inches, but successfully lifted the profile of Blueface among a business audience in target areas; supported organisational values; engaged key stakeholders; and led to a number of new business leads for Blueface and its suppliers, including its PR agency.”The 2012 Blueface Business Elevator campaign took place between May and July of last year and invited Irish start-ups to compete for a prize of €50,000 worth of business services. We are looking forward to holding the competition again later this year with a slightly different format, so stay tuned here for more information.