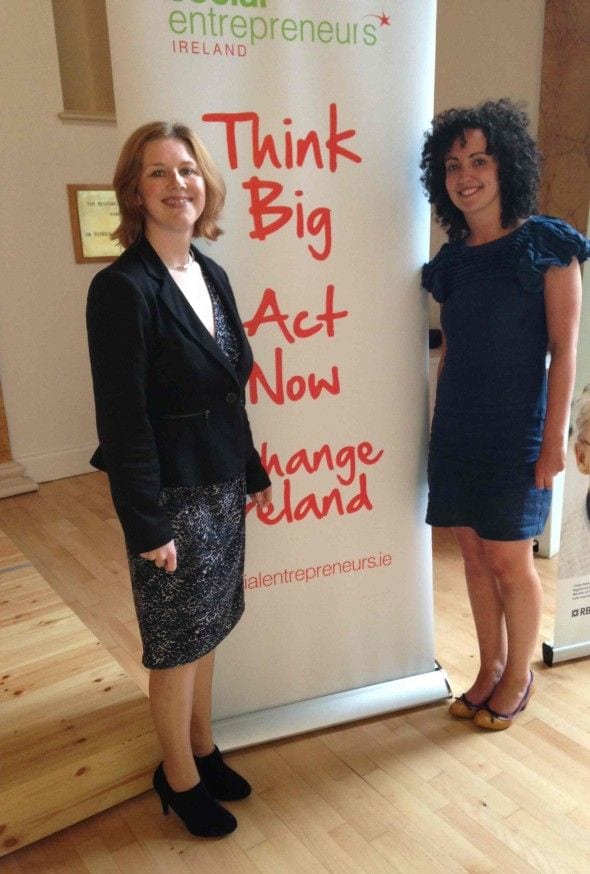 Are you a cultural revolutionary like Roger Casement & Countess Markievicz? Tony Griffin and Karl Swan, founders of SOAR, www.soar.ie an organisation that supports young people fulfil their potential, posed this question to the Social Entrepreneurs Ireland Alumni group. Amongst this group who work tirelessly for positive change in Ireland, I already felt unworthy and my turn to speak was coming up soon. Once voiced it seemed obviously true and I was in the midst of cultural revolutionaries. I was blown away. What could I say to heroes?

As a supporter & sponsor of Social Entrepreneurs Ireland, I chose to focus on the similarities between Business and Social Entrepreneurs. They are plenty. Vision, Action & Tenacity – apologies it spell VAT! Entrepreneurs have to follow their heart and bring people along with their vision – they stand out from the crowd. In order to do something different and better, that’s what you have to do but it doesn’t mean it’s easy. Indeed, it’s the opposite. It can be lonely, there will be sacrifices and you might fail.

The Alumni day focused on Personal Leadership was very ably hosted by Niamh Gallagher from Women for Election organised by Niamh McKenna and the team at Social Entrepreneurs Ireland including Darren Ryan who doubled as photographer on the day.

Pat Gilroy, MD of Dalkia & former GAA Dublin Football Manager, as keynote speaker, shared his insights into sporting & business success. Pat delivered in a down to earth, candid and understated fashion his model for success with particular focus on performance and purpose. He advocated and demonstrated the importance of being humble as a leader. Sean Coughlan, CEO of Social Entrepreneurs Ireland, pressed Pat on Dublin’s chances this year and Pat with a grin shared that he believed the chances were good. I think any betting people in the room would’ve been checking the odds.

At this Alumni day, there was no doubt, I was amongst a group of leaders and cultural revolutionaries and I was in awe of their courage. How could you not be? To find out more about SEI visit www.socialentrepreneurs.ie

Stay up to date on Unified Communications, VoIP and collaboration technologies by signing up to the Blueface Newsletter!