Blueface would like to invite you, our customers, to join us for a special event with Kingsley Aikins discussing the importance of Networking and Diasporas, as two key elements of Ireland’s economic recovery and how Irish business can utilise these factors for growth and business success. Kingsley, a world renowned networker, fundraiser and philanthropist, will explore themes such as the role of networking, social capital, the power of diasporas and how to thrive and survive using Networks and Diasporas.

We are absolutely delighted to offer you the opportunity to meet Kingsley and to network with other businesses too.  With such a prestigious speaker, we’d ask you to book your place as soon as possible as places are limited and we don’t want you to miss out. There will be light refreshments served on the evening.

All our business customers should have received an email invitation from us by now, if you haven’t received an invite please email fiona.Kearns@blueface.ie with your details. PLACES ARE LIMITED, so please book early to avoid disappointment. 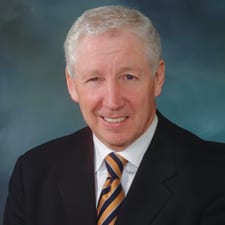 Kingsley Aikins was born and educated in Dublin attending The High School and Trinity College where he graduated with an honours degree in Economics and Politics. He also has a post-graduate diploma in export marketing. He is a member of the Institutes of Exports, Marketing and Linguists (French and Spanish).

For 5 years he was the Sydney, Australia based representative of the Irish Trade Board and IDA Ireland. While there he founded the Lansdowne Club – now one of the largest Irish business networks in the world with over 3000 members.

In Australia he also established the Australian Ireland Fund and the Ireland Fund of New Zealand. In 1992 he moved to Boston to take over as Executive Director of The American Ireland Fund. During his time with the Funds over a quarter of a billion dollars was raised and distributed to more than 1200 non-profit organisations in Ireland.
In 1995 he was appointed President and CEO of the Worldwide Ireland Funds which had activities in 39 cities in 13 countries attended by over 40,000 people. He produced a Philanthropy and Fundraising Toolkit in 2009.


In January 2010 he left The Ireland Funds and established Diaspora Matters a consultancy company based in Dublin which advises governments, regions, cities, companies and organisations how to develop strategies to connect with their diasporas.

He writes and speaks extensively internationally on Philanthropy and Diaspora issues. In 2010 he wrote a report entitled ‘A comparative review of International Diaspora Strategies’. In July 2012 he gave the keynote address  at the Hillary Clinton Global Diaspora Forum in Washington and launched a comprehensive Global Diaspora Strategies  Toolkit and Website (www.diasporastrategies.com) which look at best practice around the world and make recommendations for countries who want to develop strategies in this area.