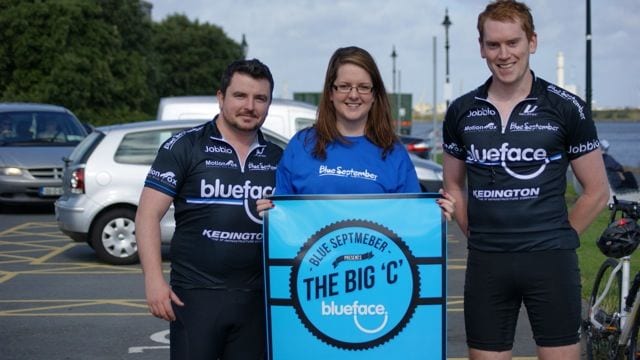 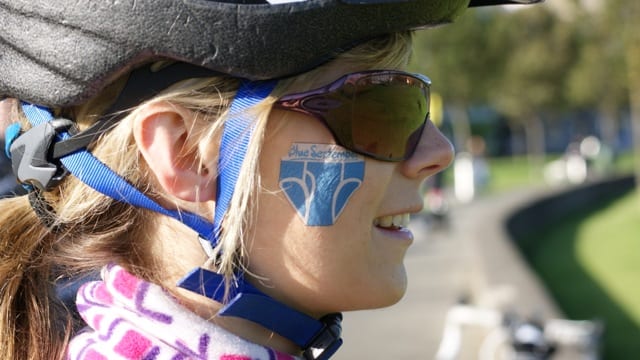 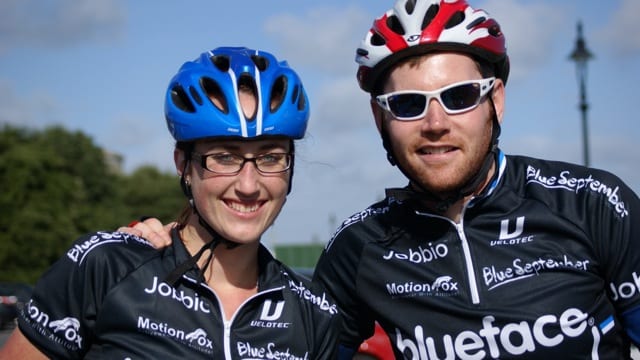 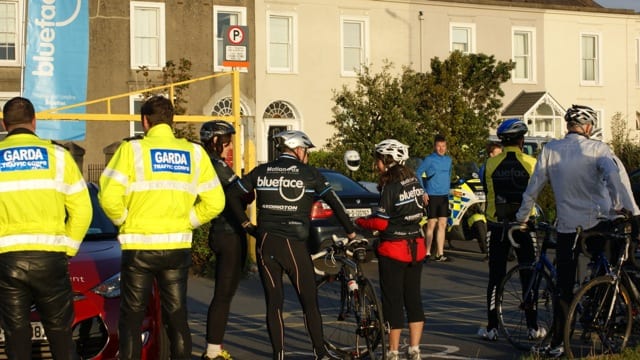 On a beautifully fresh morning in September a large group of charitable cyclists ascended on Sandymount’s Strand Road to partake in the Blue September Big C cycle, proudly supported by Blueface. This is their story. 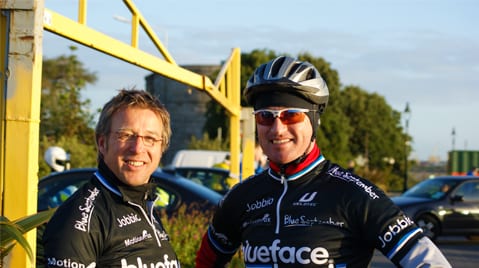 The Blueface team convoy arrived at about 7:15am to set up the registration, stock the water station and pack goodie bags for after the event. A special thank you to GoCar Dublin for providing us with Pace cars and a utility Transit Van to pick up any weary cyclists and to transport water and snacks around the route. The groups began arriving and right on queue the Garda Motorcycle Unit showed up to accompany us safely through Blackrock, Dalkey and Killiney.

The Peleton made its way from Sandymount up along the beautiful south coast to Vico Road where they pushed their way to the summit of Killiney Hill. It was a huge relief to many to pass through the arches at the top of the hill, allowing them to decent quickly and gather their breath.

The team headed back towards the coastline at Sandymount where they parted ways with the Garda Motorcycle unit and continued on out through Clontarf and then to Howth. By this stage we’d worked up quite an appetite and the wonderful people at Il Panorama Cafe served up a selection of fantastic sandwiches and snacks for us to enjoy. This is where we took the opportunity to get to know each other, expressing bike envy at the different Trek, Fuji and Bianchi bikes on show. 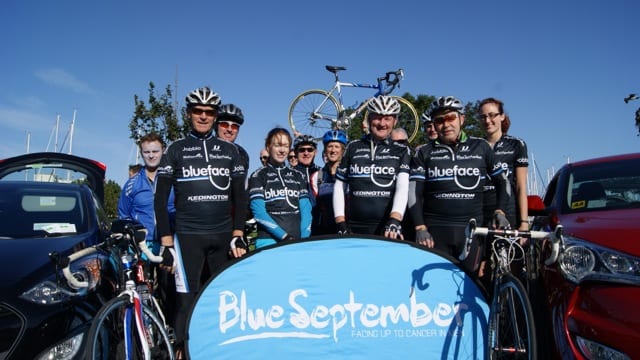 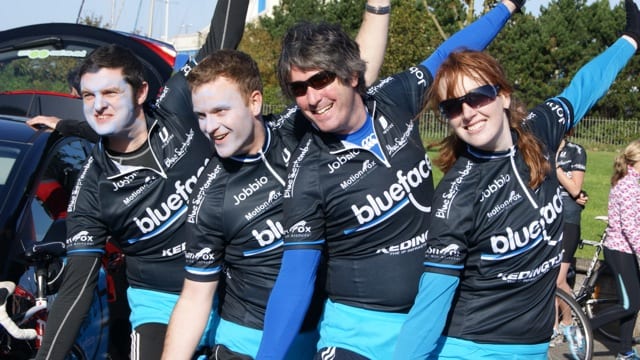 After taking some time for merriment, stretching and a few poses for photographs we mounted our saddles, albeit with a little less vigour than at the start, and headed back to Sutton Cross to head out the coast road towards Malahide. The group turned the corner at Starbucks, grabbed some water and then it was a final dash back to Sandymount via Clontarf and East Wall with all parties arriving back smiling and in one piece. The success of this event has to come down to the time given by the Volunteers, Will and Stephen (GoCar), Dennis and Eric our Northside Honda Goldwing Outriders, Cristina our Photographer on the day (Thoughtbox), Alison (Blueface) and last but not least the Local Gardai from Blackrock Garda station for supporting us throughout the day.

The beautiful afternoon sunshine only added to the already great feeling of finishing the cycle together.

We at Blueface would like to thank everyone who got involved with the cycle, especially the sponsors MotionFox, Kedington, Jobbio, and our Transport partners GoCar for providing support vehicles for the event. All the cyclists would also like to thank the owners of Il Panorama Cafe for the delicious lunch they provided for us during our rest stop. 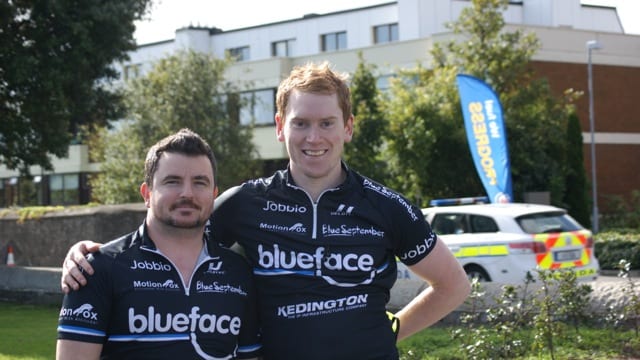