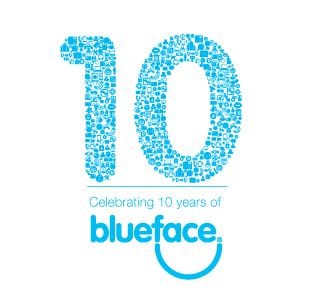 2004 was the year that Gmail was launched and the smoking ban was introduced.
Facebook went live and was open only to students of Harvard.
The LUAS was opened in Dublin and the Dublin Port tunnel excavation works were completed.
Ireland won the Triple Crown for the first time since 1985.Cork beat Kilkenny in the All Ireland hurling final, while Kerry beat Mayo in the football.
Europe won the Ryder cup with Padraig Harrington, Darren Clarke and Paul McGinley all featuring.
Mattel Inc announced the split of Barbie and Ken after 43 years :)
Greece beat Portugal 1-0 in the final of the Euro Championships.
Claire O’Leary became the first Irish woman to reach the summit of Everest and…
Blueface was founded!
For the first time in Ireland, it was possible to have a landline telephone service and not pay line rental. It seems like only yesterday.

We set out back in 2004 to revolutionise the telecoms market. Combining cutting edge technology with outstanding customer service, unrivalled features and amazing pricing, we wanted to set the standard for 21st Century Communications.

10 years on and we are the leading IP Telephony company in Ireland with further operations in the UK and Italy. We introduced Europe’s first fixed-mobile unified communications service, made unlimited call plans a standard feature, and are still the only telecoms company here to provide real time billing!

Every day we help tens of thousands of businesses communicate effectively, securely and economically.

So to all of our customers who make it all worthwhile, to our supporters and friends who have helped us so much, and to our amazing staff – past and present – who have helped create an incredible company, we’d like to say a big thank you.

Here’s to the next ten years!