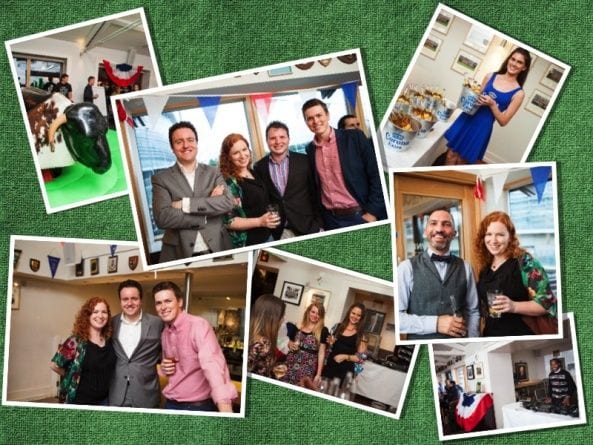 For the third year in a row, the Blueface team were in attendance as a sponsor for the Ireland Funds Young Leaders annual BBQ. The Event – An All American style BBQ – was held in Lansdowne Rugby Club, a fantastic venue set against the backdrop of the Aviva stadium.

The event kicked off with some drinks from Sponsors Jameson & Corona, followed by a tasty American Style BBQ Buffet, which was finished off with some delicious Häagen-Dazs Ice cream for dessert. The evening continued till late with American music, wine and beer with the Blueface crew ruling the dance floor from start to finish.

The evening’s Highlight was undoubtedly the ‘Bucking Bronco’ which the agility of the guests were tested in an attempt to beat the record of 24 Seconds, set the previous year. Although one of our own team managed an impressive 37 seconds, the winner lasted an amazing 54 seconds! Blueface presented the winner with a Google Nexus 5 phone.

This year Alan Foy, Blueface Chief Executive, was appointed board member of The Ireland Funds.

The Young Leaders Society brings together young professionals to network and support the philanthropic work of The Worldwide Ireland Funds. The Young Leaders Society provides a forum for emerging philanthropists to become closely involved with the mission of The Worldwide Ireland Funds as well as with prominent business and civic leaders who support the organisation.