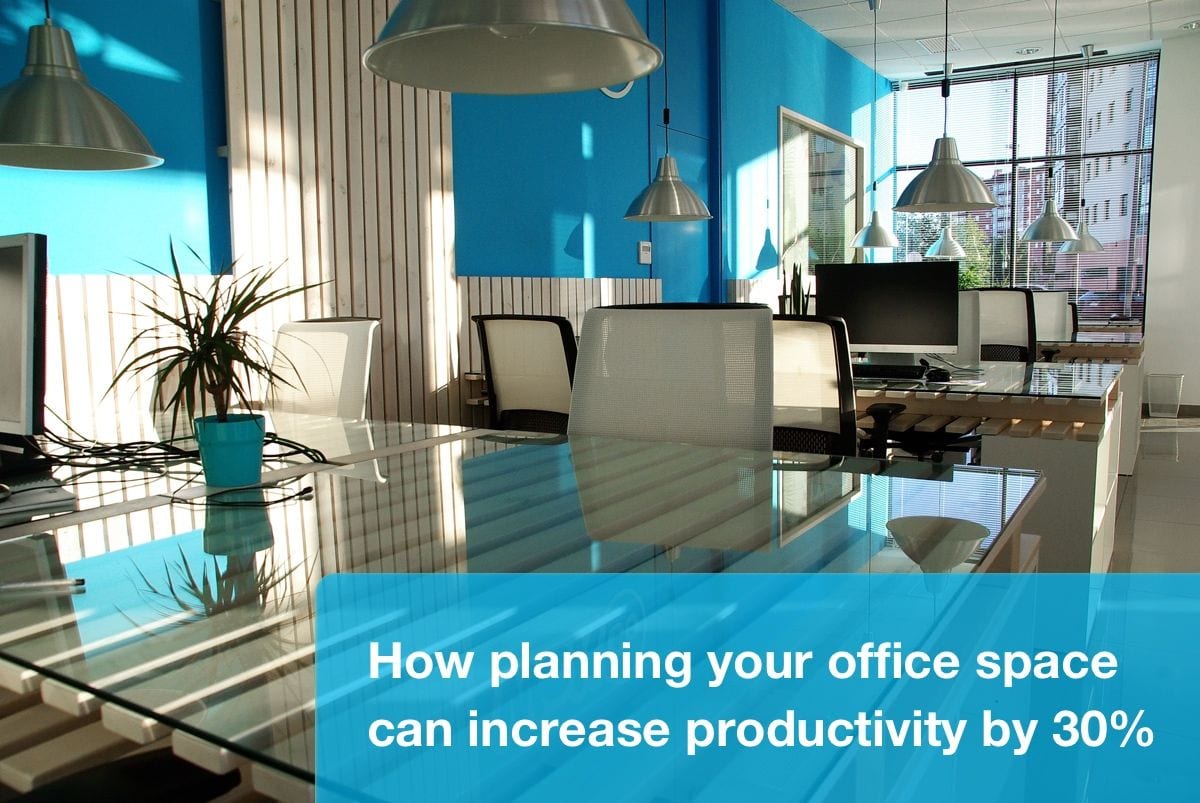 When workers were empowered to design their own space, they had fun and worked hard, producing 30 percent more work than in the minimalist office and 15 percent more than in the decorated office.

In 2010 Craig Knight, director of the Identity Realization workplace consultancy, together with Alex Haslam, conducted a research involving 47 office workers in London which showed that allowing your employees to design their own office space can increase their productivity by up to 30%.

Experts used to believe illnesses experienced by people working in an office environment, like high stress levels, anxiety, depression or hypertension and so on, were caused by bad management practices.

However, Knight and Haslam, have turned their attention to the actual work environment and tried to understand what sort of office space made people more productive, happy and reduced the above effects of working in an office.

The layouts were as following:
1. The stripped down layout – bare desk, swivel chair, pencil, paper.
2. The softened layout – with pot plants and tasteful close-up photographs of flowers, etc.
3. The third layout had the same basic elements and the same botanical decorations but the experiment participants – the workers – were given the plants and pictures and invited to use them to decorate the space.
4. The fourth layout, as the third one, had the same basic elements plus the workers could decorate the space with some plants and pictures, but after the workers had finished setting everything out to their satisfaction, the experimenter came in and then rearranged it all.

The results were quite interesting. Most participants found the first office layout with a bare minimum rather oppressive. The second one – softened by plants and paintings – created a better experience for the workers which was expressed in more and better work done.

With the last two office spaces, the difference in productivity and job satisfaction was dramatic, both, in comparison to each other, and to the first and second office layout.

When workers were empowered to design their own space, they had fun and worked hard, producing 30 percent more work than in the minimalist office and 15 percent more than in the decorated office. When workers were disempowered by the experimenter reorganising their office space arrangements, they hated it and their work suffered.
The realisation of how important employee productivity is and how best to enable talent has taken more priority in recent times. This has lead to different elements in the office space environment being investigated, like lighting, the shape of desks, temperature, colours, and questioning the “clean desk” policy.

Here are more tips on how to furnish your office space to improve your employees’ workspace without having to invest in pool tables, bars or swimming pools.

Researchers from Texas State University surveyed 450 office workers and found that those who worked in offices with plants and window views reported feeling better about their jobs than those in windowless offices with no greenery.

Colours
To improve efficiency and focus choose the most common colours in the nature, green and blue.If you are about to decide on a colour of your office walls, choose wisely as it can have a considerable impact on your employees’ moods, productivity and levels of energy.

Here is a breakdown of the best and worst colours for your office walls and design according to the University of Texas study:

Stay away from gray, beige and white as they induce a feeling of sadness and depression, especially in women. Purple and orange have the same effect on men.
To improve efficiency and focus choose the most common colours in the nature, green and blue.
Blue is a stable and calming colour that helps people to focus whereas green is good for people that work long hours as it helps them to remain calm and efficient.
If you are looking to induce innovation among your artists, writers, designers, developers and other teams of creative professionals, put some mellow yellow colours on their office walls.

An ergonomics study conducted in 2004 at Cornell University has proven that a thermostat altered from 20 degrees Celsius to 25 degrees Celsius reduced employee typing errors by 44% and productivity jumped by 150%.
“The results of our study also suggest raising the temperature to a more comfortable thermal zone saves employers about $2 per worker, per hour,” said the lead researcher, Alan Hedge – professor of design and environmental analysis and director of Cornell’s Human Factors and Ergonomics Laboratory.

Open space offices – to have or not to have?

34% of business leaders said more than half of their company’s full-time workforce would be working remotely by 2020. People working from home work 9% more minutes per shift and conduct 4% more calls, so despite a common misconception, this type of work is 13% more productive.The concept of the open space office was born in the early 20th century when architect Frank Lloyd Wright thought that in order to help people break down the social walls which divided them, they should start with real walls. He believed that by doing so, productivity would increase and a culture of sharing would take root.

The idea spread quickly and today, about 70% of employees in the US work in open office spaces.

Even though the basis for idea should be supported, maybe it shouldn’t have been taken so literally and implemented so quickly in offices. The reason it spread so fast was due to lower office set up costs, less space per person required and how easy the setup was to maintain and make changes to.

However, the constant chatter and conversations, either face to face or on the phone, ringing phones, temperature that can’t be adjusted to suit dozens of people at the same time all negatively impact workers’ productivity.

The first reports of people complaining about lack of concentration in open offices date back to 1970. A 2006 UCSF study found that workers in open offices were more likely to perceive noise than those in cellular offices. That is in addition to temperature-related discomfort and poor air quality.

In the early 21st century, a new model of work started to become viable to large numbers of employees – remote work. As an employer, if this is not something you are already supporting, you should consider enabling remote work in your business. It will help you be more competitive when hiring and could improve your employees’ productivity without you having to invest into rearranging your office space.

A survey conducted in 2014 at the Global Leadership Summit in London found that 34% of business leaders said more than half of their company’s full-time workforce would be working remotely by 2020. People working from home work 9% more minutes per shift and conduct 4% more calls, so despite a common misconception, this type of work is 13% more productive.

Setting up a remote work environment for your employees is becoming easier with the emergence technologies like cloud computing VoIP phone systems. In most cases, an internet connection is all your employee needs to set up their IP phone and access the software they need to complete their tasks.

VoIP phone software has a wide range of features which empower remote work like follow me functionality. Thanks to this feature, with just a few clicks, you can redirect incoming phone calls from an office desk phone to an employee mobile device or softphone.

Bear in mind that the environmental elements of your office can increase or decrease the productivity of your employees. Have another look at your HR metrics such as employee retention rates and at the success rate of hiring the talent you want to attract through the perspective of their work environment.

There can be a lot of factors that influence those rates, but make sure that it is not your office environment that is causing your current or potential employees to overlook your organisation. If you’re looking for ways to boost productivity from your team, asking them to help with the layout of the office might be a good starting point.