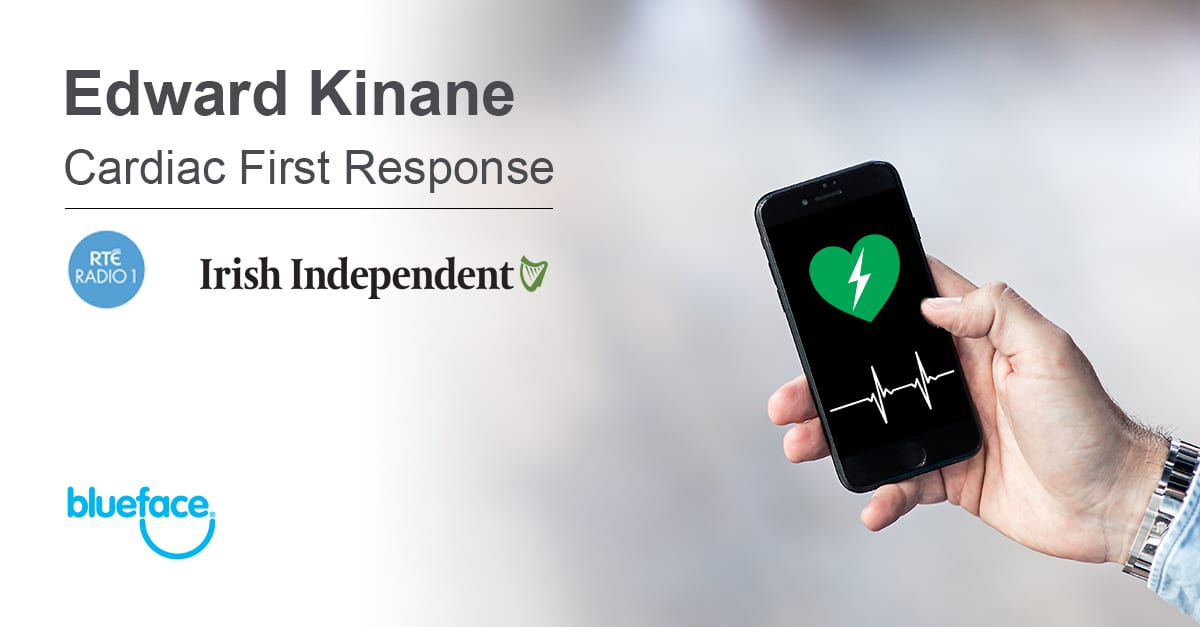 During a medical emergency, the first responder call operator will champion the mantra of “staying calm, focused and on the line.” In a pressure situation — that’s no easy feat. That stress intensifies if and when the operator asks;
Do you know where the nearest defibrillator is located?In parts of Southeast Ireland — where medical services are often chronically under-resourced — this question is the first thing most callers-in-crisis hear.

This under-service prompted a protest on the steps of Leinster House, calling for 24/7 Cardiac Care following the untimely in-transit death of a Waterford heart patient.

South-East Patient Advocacy Group’s Hilary O’Neill has repeatedly called for elected officials to provide a “basic standard of care” and there are few places that punctuate this point like central Tipperary.

Isolation: Lay of the Land

With only a handful of ambulances in Tipperary and 80 km separating Nenagh and Clonmel hospitals; denizens of Tipp’s central cluster are caught between two stools.

In this instance the responsibility of caring for the parish falls on its own members.

Edward Kinane is one such individual who recognised the need for action in his native Drum Townland, Co Tipperary following the passing of his mother.

Neighboring village Borrisoleigh had already established a defib service, but the burden rested with one woman who carried an emergency mobile phone 24 / 7.
There was too much responsibility on one person — even if she was only taking a shower, she had to have the phone, Edward explained. Then there’s when you’re asleep or incapacitated, it’s a huge responsibility.It’s a psychologically taxing duty with many variables. No one person can be carry that weight of responsibility.
When someone has a heart-attack it could take 10 minutes to get to the person and what if the person doesn’t survive? What if you miss a call and don’t pick it up until five minutes later?Creating a Lifeline

As an Echo IT Engineer, Edward knew there was a better solution and oversaw the introduction of new, easy-to-use communications technology to the committee.
I started thinking; instead of having a mobile number, why not have a Geographic Number? It’s easier to remember, and less digits if you’re ringing from a landline. If you’re in an 0504 area then it’s localised. With less digits locally, you only have to dial 681 or 691, cutting down on precious seconds that can save lives.30+ people were trained on the use of a defibrillator and the devices were padlocked in six different public areas. Different groups-of-five are rostered in on a monthly basis as the points of contact in the event of an emergency.
Join or Establish a CFR Group
Edward Kinane and his Cardiac First Responders group are doing amazing work, but they always need help. You can train with the emergency services and in less than half a day — you’ll be a qualified life-saverDialing the Geographic Number automatically rings these five numbers and it keeps ringing until someone picks up.
In reality, from the tests I’ve done, one person will always answer straight away. Someone will see a missed call and ring back after three minutes, the next after 30mins and the others might be next day.Starting off with just Edward, the community group has ballooned with neighbouring territories taking on the idea.

Echo IT entrust Blueface with their client companies’ communications and thus Edward knew of a reliable service for the idea.
By having the service on the same platform that we’re working on ourselves (Echo IT) everyday, it self-monitors. If it was down for five minutes, we’d know about it. said Kinane.Working with Edward, Blueface developed the bespoke solution by which the Geographic Number rings continuously until the phone is answered — no voicemail.

However, an issue regarding complacency arose for those having to watch their phones for a month.
You’re staring at your phone not knowing if it’s a defibrillator call for just a normal one and you can’t test them because you’ll panic people” explained Edward. “So I’ve got five phones and five SIM cards in rotation.To boost the effectiveness of a collective response, Edward programmed these new mobiles to have the other volunteers’ numbers on speed dial. A certain TV series set in a city with real-life ambulance issues of it’s own provided the spark of creativity.

I got the idea from HBO’s “The Wire,” the show about this criminal gang who knew they were being watched by police so they would switch their phones every day. They were all assigned a number so when they got a new phone every week all they had to do to ring one of their colleagues was hit the speed dial.The Future

Several central Tipperary villages have established a defib service with Edward’s help. Thankfully, the number of cases in Drum have been consistently low.
We’ve had a few cases of calls, but then we had nothing for a year and a half. Then we got three in a month and I’ve been on two of them as I was on duty. The last few cases we managed to get there in less than 10 minutes but the ‘smart’ defibrillator won’t work unless the patient’s heart is at defib-rate.Public Defibrillators are fitted with a safety mechanism that prevents the equipment from delivering a shock, unless the heart is at a certain rate.

Drum’s first response team has been widely praised even by paramedics, stressing the importance and professionalism of the service.

With over 175,000 people living over 90mins away from a cardiac centre — volunteer responders can be the difference between life and death.

The HSE has stressed its commitment to reforming rural health care but until then, it will be down to locals heroes like Edward to conjure up brilliant solutions.