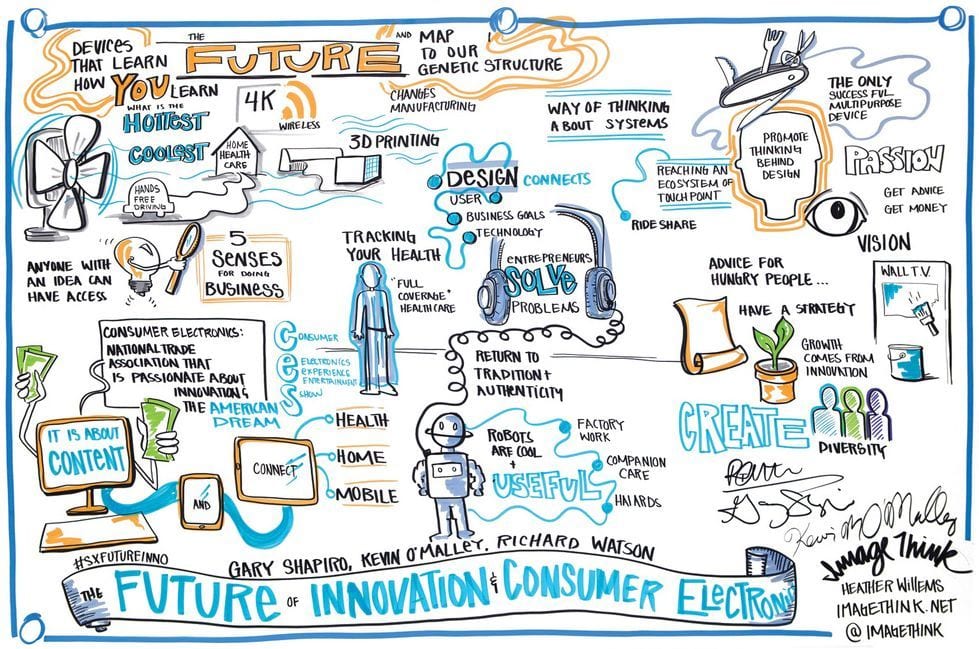 Why big companies can’t innovate (or reasons for the entrepreneur to be cheerful, number 1)

Anyone who has ever tried to make a product or complete a project in an organisation will tell you of the difficulty which naturally arises when you have to deal with people, who have a tendency to screw everything up! It could be that you have a perfect idea of what your product or service would be, exactly how it should look, feel and function. Then you go to implement it and it gets changed by marketing, by IT, by legal and ends up a million miles from the perfection you envisaged. It ends up as a product designed by a committee – in other words, pretty useless.

Large companies don’t innovate and that’s part of the reason – the other part is that management is incentivised against risk-taking. In fact they are paid to mitigate risk and ensure continuity. It is very hard to get people to change their mindset, their way of doing things, their opinions to coincide with yours. Rarely it happens that a large company does innovation well – Apple and Google spring to mind, maybe GE. Apple was unusual in that the leader of the company had such a forceful personality, he managed to ensure that the original vision was produced, and not some miss mash of departmental pandering.

This is a big reason large companies rarely make incredible breakthroughs, and why they tend to buy up smaller start-ups which have disrupted the market in some way. Many larger companies don’t carry on any R & D work – they simply fund M & A budgets to ensure they can snap up the new kid on the block (as long as they can do it before they get too big which isn’t always possible). This has meant that the increasingly sophisticated methods of capital growth are resulting in companies with too much cash and not enough projects.

The capitalist system over the last 40 years has evolved ever more industrialised methods of separating the average consumer from their cash (in very simple terms). As the system has improved and the methods of hoarding and preserving this cash have also developed, the cash pile has grown to astronomical levels. Apple are sitting on a pile of well over 100bn ($ or €, it doesn’t really matter).

Large companies innovate at an incremental level, making small changes and improvements to existing products or services. That’s why the patent office in Europe deals mainly with large companies (filing a patent is an expensive exercise) because most of the patents filed are incremental improvements on existing technologies. Big business is incredibly susceptible to the small nimble innovative company which will take an existing model and break it. The innovation is invariably in the value chain – identifying it is the difficult bit! It would be better if companies sitting on large cash piles were incentivised to fund  R & D – not directly themselves but through the start-up scene – start-ups are so adept at identifying the chinks in the armour and harnessing evolving technologies to exploit them that it makes a lot more sense.

We live in an era of almost total knowledge and awareness – in the sense that the whole world is now connected and someone somewhere is probably thinking the same as you are, shares the same interests and is willing to pay for or supply that product or service directly. And this is opening up a whole range of new businesses, and possibilities. The commercial world of tomorrow can be so much better and so much more ‘local’ than before because the infrastructure for information is now in place to enable almost perfect market knowledge.

This means that living in a small country or in a small community doesn’t mean that one necessarily needs to move to the big city or pursue a career doing something one doesn’t necessarily like. It is now possible for the individual to be a global business – selling online has become so easy and is getting even easier. The barriers to entry have tumbled in so many ways – distribution, website design, shopping cart, promotion – you name it, there’s a cheap and effective way of doing it now. The world as we know it is about to change – again – forever. Maybe the specialisation of labour can become a reality for many people, enabling individuals to do what they love and know best, and earn living from it. For others, the opportunities to disrupt big traditional industries are many and varied.

The entrepreneur has known the big company problem for a long time – intuitively in most cases. That’s why they allow themselves a wry smile when asked about their latest project and ”if it’s so good why aren’t the big guys doing it?’ The answer of course is that the big guys couldn’t possibly do it because it would require half their staff to risk losing their jobs.

There is a whole world of opportunity out there – and the big guys aren’t going to take advantage of it anytime soon.